Speech therapy to the next ‘groovy’ level
Christine De Jonge and Katrien Cornelis work as speech therapists in MFC St. Lodewijk and at the CP reference center, UZ-Ghent. (Ghent University Hospital)
They have researched the effects of working with the GroovTube on children and adolescents with CP.
The results were presented during the National Symposium of Belgian CP centers (18-2-2019).

The title of the workshop: Speech therapy to the next ‘groovy’ level:
„A pilot study in children and adolescents with cerebral palsy in which effect is measured in terms of breath-voice coordination, maximum phonation time, and lip strength.“

During the study, five speech therapists trained twice a week for ten weeks. The children were between 4 and 18 years old. There has been trained on the breath strength, length, control, coordination (inspiration, expiration) and oral motor skills. Various measurements were taken before and after the trial period (including Lip strength, phonation time, vital capacity and peak flow).
Three apps were used: Fairhammer, BilliardBreath and Groovy Dragon.
12 children were selected, of which 10 could ultimately be included in the study.
The composition of the group:

The conclusion of the study is that the GroovTube a workable tool in therapy. It gives biofeedback, it measures and is fun and playful. A nice alternative with different objectives.

Additional effects (observation): Working with the GroovTube has a tone-regulating effect and has an influence on positioning and awareness thereof.
The children become more aware of the inspiration and expiration. This was clearly noticeable during the swimming lesson of one of the participants. The coordination between breathing and swimming stroke suddenly succeeded. 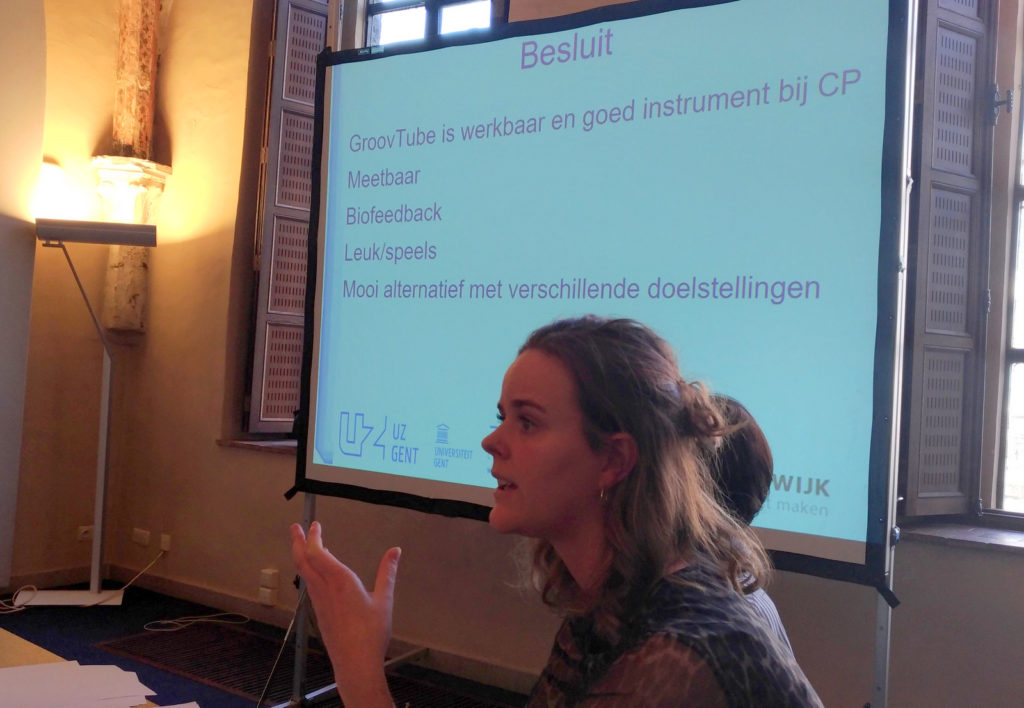 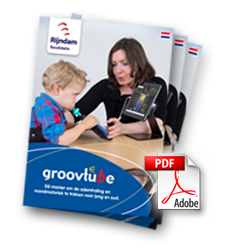